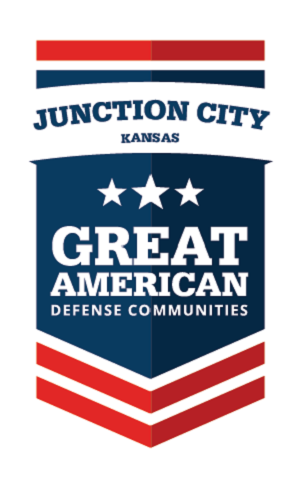 Because of its support of Fort Riley, Junction City, Kansas was named a Great American Defense Community in 2020. This award celebrates communities with an exceptional commitment to improving the lives of service members, veterans, and their families.

“Only five communities are selected annually to receive the Great American Defense Community Award amongst all military installations in the U.S., not just the Army, so it is very select company,” said Craig Bender, Military Affairs Council Director.

Defense communities are the towns, cities, counties, regions, and states that serve as home to the nation’s military installations and industrial partners. In some cases, there may be more than one jurisdiction that serves as the community for a base, mission, or service members. For instance, this is the first time Junction City has been honored, but it is a part of the Flint Hills region which won it one time before, according to Bender.

“Communities across the country have found many ways to show service families they are welcome and appreciated in and outside the installation gate,” said Mike Kelly, assistant vice president of Military Affairs at USAA.

Bender said It was a combination of programs that earned Junction City the honors this time. “We have done ‘Welcome Home’ events for our soldiers that have large turnouts of community members. We do a monthly Military Affairs Council breakfast where we bring in the community and military personnel to break bread together and learn about community and military ideas and programs. We also have ‘Spouse Welcome’ where we bring a busload of military spouses into our community to learn about it.”

“But our biggest program is probably ‘Home Away From Home,’ Bender said. “This program was started by former city commissioner/mayor, Phyllis Fitzgerald. The program pairs a brand new soldier to Fort Riley — and probably the Army —  with a host family from the community. This allows the young military member to have a connection and an additional support channel that most installations don’t have. The program has been a huge success and we’ve had hundreds of soldiers and families participate over the years.”

Junction City, in turn, benefits greatly from Fort Riley. “Fort Riley is the biggest economic contributor to the Flint Hills region and Junction City/Geary County,” Bender said. “I am not sure we would be anywhere close to what we are without them. An example is the new $120 million high school that is being built and is set to open in August of 2021. It was almost 50 percent funded through military-related dollars.”

“In addition, we have around 180 soldiers exiting the military/Fort Riley on a monthly basis,” Bender said. “This gives us a huge, highly trained, and educated workforce that is ready to go to work on a continuous basis. Soldiers are trained and skilled in so many different disciplines that they could fill almost any role in any business.” 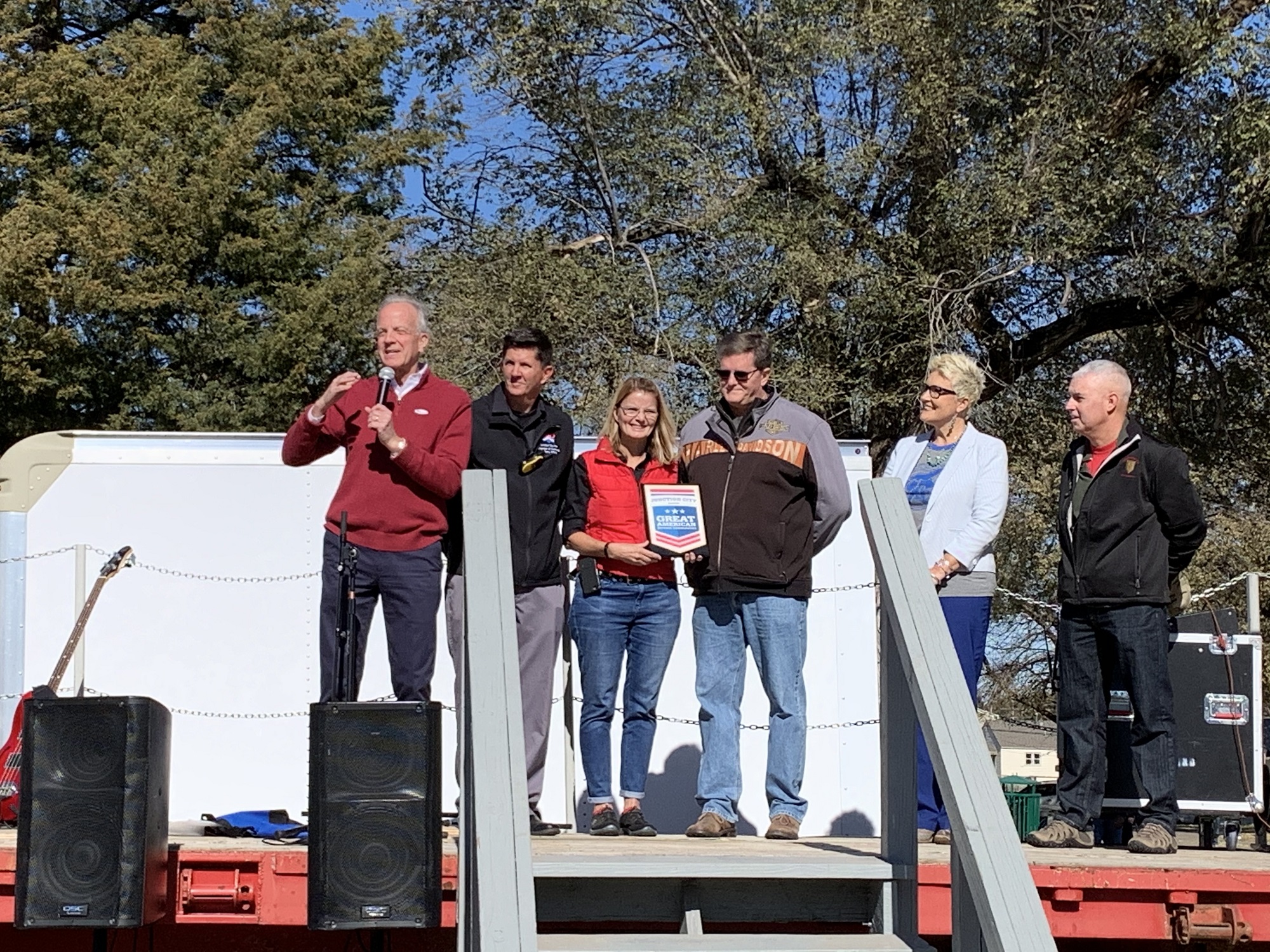 The award is a well-deserved recognition of the symbiotic relationship between Junction City and Fort Riley. “We hear it all the time from service members that they’ve never seen a community like ours when it comes to military support,” Bender said. “Whether it’s businesses saying thank you or a community member saying thank you and buying a meal, Junction City/Geary County loves its military and supports it however it can. An example would be when BRAC (Base Realignment and Closure) was a possibility and each community with an installation had a town hall. Most places had several hundred community members show up in support. We had close to 4,000 people show up.”

Besides Junction City, the 2020 class of Great American Defense Communities included Central Arkansas; Davis and Weber Counties in Utah; the Greater Abilene region in Texas; and St. Clair County, Illinois. Defense communities and regions are eligible to apply each year to compete in the nomination process based on community and integration programs, educational and employment opportunities, and family support initiatives.

Now is the right time to locate your business, corporation, or family to Junction City-Geary County. The area is growing, the economy is booming, and there is room for additional businesses to expand here. Our strategic location paired with skilled labor and an actively pro-business climate are assets for any company, but especially for our target industries. Explore our full array of tools for site selectors here and contact us at 785-762-1976 or edc@jcacc.org.